A Check-list for Good Sarcastic Dialogue 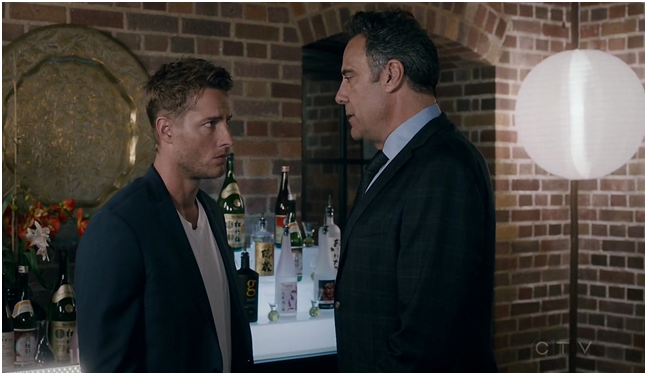 This Is Us, Episode 2: Los Angeles. Kevin, having decided he can no longer stomach being associated with such a lowbrow show, has clamorously quit The Manny, the awful sitcom he’s been starring in. At a party a few days later, his agent, Lanie, in an attempt to save Kevin’s career, arranges a meeting with Mr. Manning, the network president. Manning is in a foul mood because of Kevin’s impetuous departure from the show. He could conceivably sue the actor and bankrupt him.

The president’s attitude, which at the beginning of the exchange seems friendly and even paternalistic (“You’re a good kid, Kevin. I appreciate your honesty. The show, it’s a solid performer, but it’s not the biggest thing on my network.”), soon reveals its hostile intention. Here is the core of the man’s speech (with my emphases). 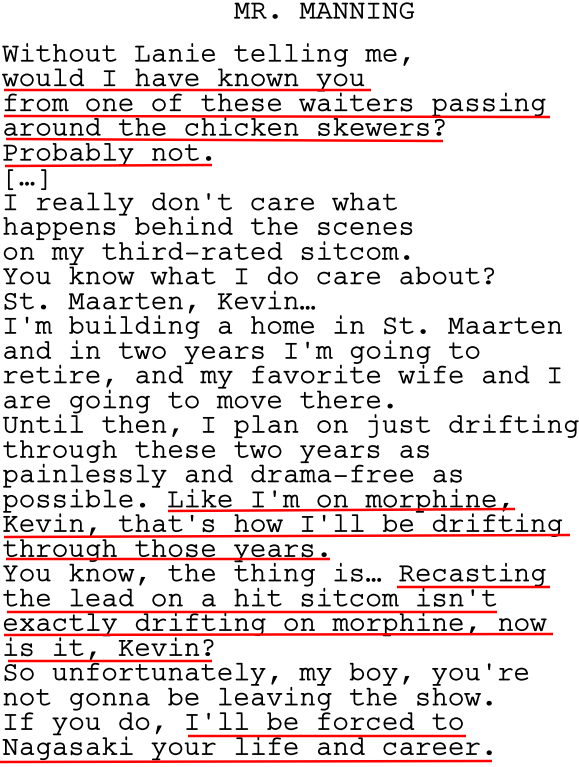 Watching the episode, following (and appreciating) this scene, I was reminded of the importance of sarcasm. A recurrent ingredient in writing dialogue, especially for TV. (Just think how often Aaron Sorkin has recourse to it in his series.) Sarcasm abounds in Billionaires, House of Cards, House M.D., Suits…

So, I tried to sketch a list of sarcasm’s DNA — a checklist of its main aspects: