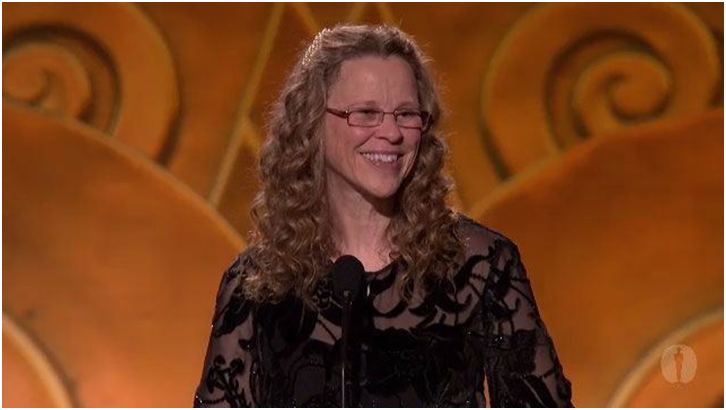 PERMA, acronym for: Positive emotions, Engagement, Relationships, Meaning, Accomplishment. According to psychologist Martin Seligman – exponent of positive psychology  – these are the ingredients of well-being.

What’s the relevance of this psychological issue, and of Seligman’s model, in screenwriting practice?

If you are asking yourself this question, you have probably never heard prolific, multi-award winning Hollywood producer Lindsay Doran (The Firm, Sense and Sensibility, Stranger than Fiction) explain her view on stories – a brilliant, clear minded mix of narrative insight,  human sensibility and experience (alongside her outstanding producing career, Doran has been vice president of Paramount Pictures, worked in Sidney Pollack’s production company, and was responsible of the development of movies such as Ghost and Ferris Bueller’s Day Off).

Doran thinks that the elements of PERMA could help us understand the nature of a successful story.

Some movies, for example, win over the audience because they count on Positive emotions, being full of the joy of life (the aforementioned Ferris Bueller’s Day Off). Other movies count on Engagement – the protagonist’s will to achieve his/her goal is so strong that viewers are conquered by the endeavor (The Silence of the Lambs).  In other cases, Meaning is key: when you discover, together with the main character, the importance of values that transcend the individual and give sense to life (Invictus). Success could also mainly depend on Accomplishment, on the sense of fulfillment you share with a character who is finally up to living as his/her true self (The Truman Show).

Most of all, what makes a story really satisfying are Relationships. This is pivotal. Doran makes this point in a provoking, insightful TED speech: Saving the World Vs Kissing the Girl. The fact that the protagonist wins matters, yes, but, to think of it, after all, not that much. What really matters is the main character finally sharing with others, understanding and being understood, counting on renewed bonds with the people he knows. In one word: love. To prove it, Doran refers to Rocky. Balboa loses his final fight with Apollo Creed solely on points. Who cares? He has proved he could “go the distance”. He shares this feeling with the love of his life, Adrian. That’s why this ending resonates.

I’m a bit late in commenting on all this. Apologies. It happens. I myself have just discovered Lindsay Doran, thanks to Alberto Vignati, a MISP alumni who is now in L.A., proving himself in the film industry.