Sense of menace in ‘The Gift’ 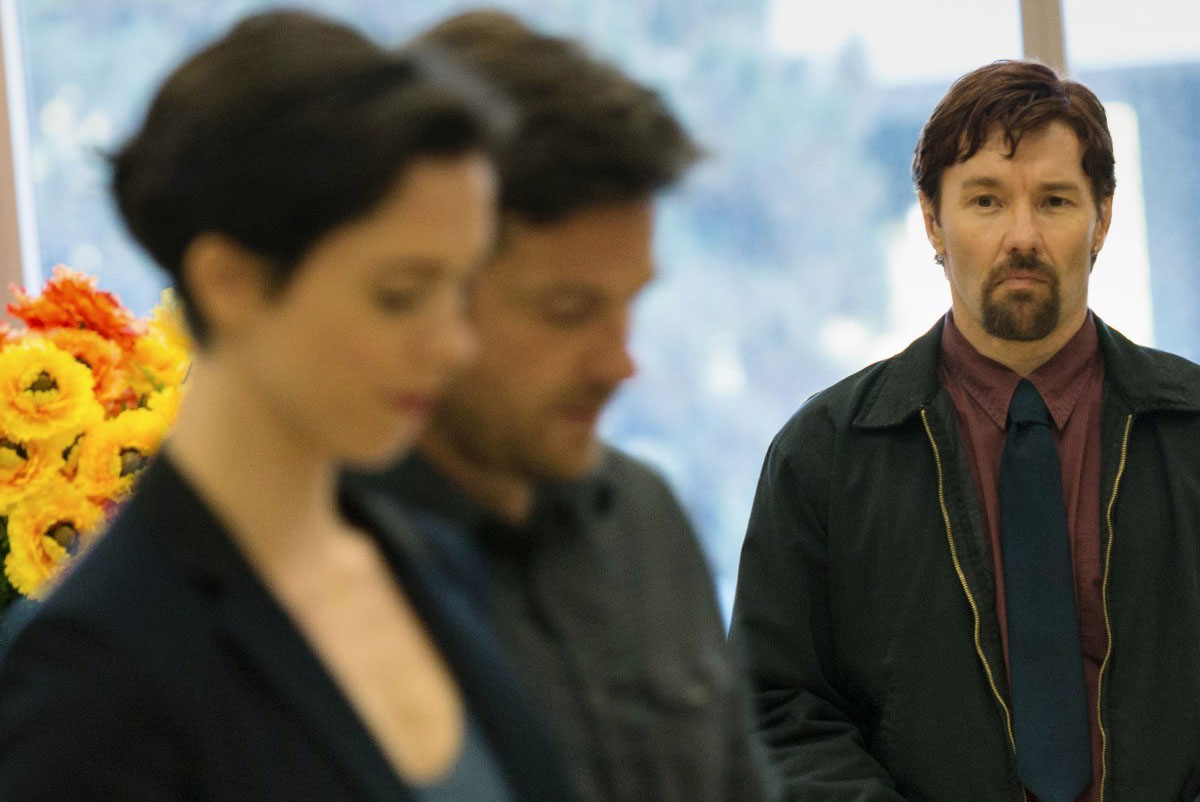 “Hitchcockian,” “thematically rich,” “they don’t just make films like this anymore” –  The Gift (2015), written and directed by Joel Edgerton, received very positive reviews. And justly, for it is a great thriller. To me, it is much better than Gone Girl, where, I think, the element of psychological deviation has excessive importance, making the theme less relevant.

Robyn and Simon, a young, affluent couple, move from Chicago to L.A. He is a successful manager. She is a designer, a beautiful, sensible person who recently suffered an emotional breakdown (the reason for their move to a new city). Everything is perfect as they start their new life (the two are freshly married): the house in the hills is splendid, they are in love, trying to have a baby. The problems begin when, by chance, Robyn and Simon meet Gordon, Simon’s old high school classmate, who happens to live nearby. Despite his being slightly socially awkward, Gordon’s kindness in welcoming his friend to the neighborhood (reflected in the gifts he makes to the couple) seems genuine. At least to Robyn. But Simon finds it inappropriate to encourage Gordon’s presence in their life, so he tells him they aren’t going to see him anymore.
Some mysterious accidents will follow. A traumatic past between Simon and his classmate will slowly come to light…

The screenplay is remarkable in many aspects:

I will conclude this list by highlighting the way a particularly interesting scene was written. It occurs at the beginning, when, newly-arrived in L.A., Simon and Robyn meet Gordon in a shop.

The situation depicted in the scene is quite ordinary. Nothing particularly bad happens. Yet, the writer manages to establish a subtle sense of incipient menace. Let’s have a look at how this tension is created on the page (in the movie, the scene is a little shorter).

I have copied below the first part of the scene. You will appreciate how Edgerton accomplished his task through three moves:

Here is the scene (emphases mine; note that Gordon is referred to as “Gordo,” since this was his nickname at school):