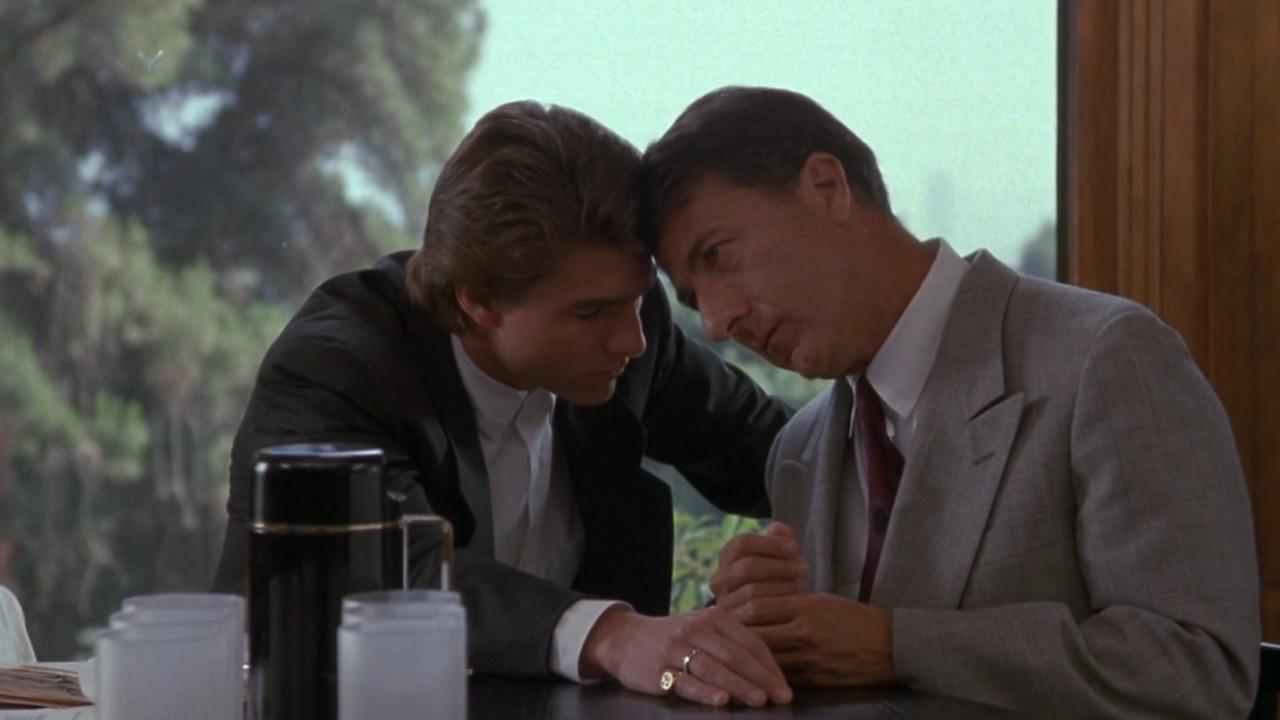 Bass recalls the gathering in a must-listen-to episode of The Road to Cinema Podcast (an interview with Bass, about his work and career, in which he talks about how he wrote films such as My Best Friend’s Wedding and Sleeping with the Enemy).

Great stuff. To me, a particularly insightful moment is when Bass recalls how he explained to Cruise what he intended the deep theme of the movie to be.

Bass approaches the matter in a roundabout way:

At which point Cruise can’t restrain himself from a joke: “I’ve got to become a girl?”

Bass’ answer powerfully highlights the importance of finding the right character arc in order to avoid cliché. “‘You have to find your inner life,’” he told Cruise. “‘Your character has to understand that it isn’t just that he’s selfish: it isn’t just that he’s going to be nicer, it isn’t just that he doesn’t love his brother. That’s the obvious stuff that everybody says: “That’s the journey of the movie.” No! The journey of the movie is finding yourself, not finding your brother. That’s being a nicer guy! Turns out you will be a nicer guy, because your character is a nice guy. He didn’t have to be, but he is. Find yourself, whatever the cost. That’s what we are doing here.’ And he [Cruise] loved it, and he took it to heart.”

In fact, to quote the set-up/payoff key words pronounced by Raymond/Hoffman, we could say the main film arc is from “Charlie Babbit” to “C-h-a-r-l-i-e.” To the real, intimate essence of the protagonist, finally discovered by him.

Bass adds that, because of this, Cruise’s performance in Rain Man was one of his best.