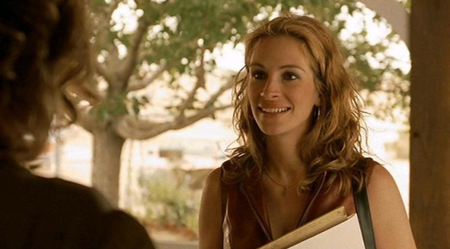 What do all these wildly different characters have in common?

One is captain of a battalion of soldiers attacking Omaha Beach on D-Day (Miller), another takes care of intractable, stubborn patients in an understaffed emergency word (Green); one is an unemployed single mother and losing a case for her law firm (Erin B.), another finds himself unemployed (Tony Lip), and another is an old, lonely and sickly former champion (Randy)…

Ok, yes, they all have hard lives. But they all have one more crucial factor in common: despite their tough situations, they don’t complain. They are not whiny.

According to screenwriting guru Blake Snyder, the protagonist doing something good (“saving the cat”) at the beginning of the story is essential in making the audience connect with them.

True. Yet, the examples made above indicate that also not doing something, like complaining in an annoying, discouraged and impatient way for example, is important as well.

P.S. Talking about The Wrestler, I just happened to read a refined review of the movie by Michael Aherne, an alumni of MISP. Have a look at it, on his blog. It’s good stuff.