How to structure a meet cute. An example from ‘Rush’ 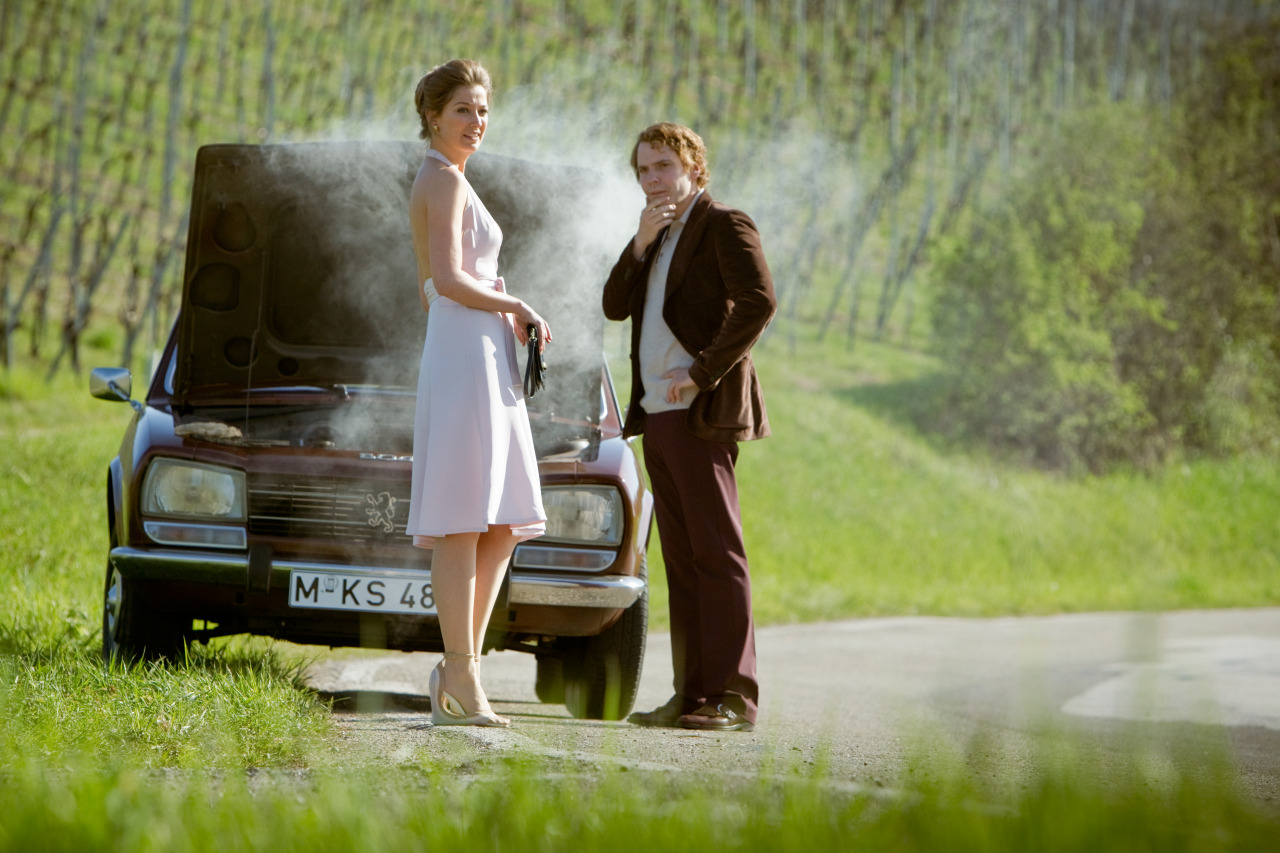 The more beats in a sequence, the greater its arch, the better: change produces engagement.

That is what happens in Rush (written by Peter Morgan), in the meet cute between Niki Lauda and his future wife, Marlene.The moment is generally considered one of the movie’s best, because it is amusing and because it perfectly suites Lauda’s character. Watching it a second time, I was struck as well by the many lenses through which Marlene progressively sees the man.

To her eyes, Lauda changes many times: from stranger to wiseacre, from wiseacre to rival, from rival to good catch, from good catch to real man.
Here is the outline:

FROM STRANGER TO WISEACRE:

At a party in the Italian countryside, Lauda asks Marlene for a lift. They don’t know each other (and she doesn’t know the guy is a famous pilot). They both just want to leave, and Lauda hasn’t got a car. Once on the road, the man is genuinely indifferent to Marlene’s charm and beauty. He brusquely turns off the radio she is listening to with pleasure. Totally absorbed in detecting imperceptible defects in the running of the car’s engine, he starts making an exaggeratedly meticulous diagnosis.

FROM WISEACRE TO RIVAL:

Slightly annoyed, Marlene doesn’t trust Lauda’s judgment – the car was serviced just a week ago. Yet, seconds later, he is proved right when the engine breaks down. Marlene decides to react and take control of the situation. She wants to teach Lauda a lesson: she is the one who is going to get them out of trouble. Counting on her beauty, she starts thumbing a ride. It works. Two Italian dudes slam on the brakes. But…not because of Marlene’s legs: because they have recognized Lauda! They will give him a ride, and he will drive their car!

FROM RIVAL TO HERO:

Marlene, who hasn’t understood yet, asks for explanations. Lauda is a champion, even if Marlene has a hard time believing it (“Formula 1 drivers have long hair, are sexy, have shirts open to here…”). The two Italians’ enthusiasm proves he is a hero for many people. Interesting…

FROM HERO TO GOOD CATCH:

Not so bad… let’s give him a chance. Marlene asks Niki to drive faster. Since he doesn’t understand why (“it only increases the percentage of risk”), she gives him an answer very thick with subtext: “Because I am asking you to.” Her glance does the rest…

FROM GOOD CATCH TO REAL MAN:

Lauda starts driving like he was… Niki Lauda. The car starts speeding along like greased lightning. The engine is pushed to its limits. Taking dangerous curves at 200 Km/h, passing other cars at breakneck speed – the car holds the road only because of Niki’s talent. The man has power, control, he seems so calm while taking such big risks… He is doing crazy things for Marlene… She sees him as a real man.

So, a meet cute, which is a journey – and a rollercoaster – condensed into just a few minutes (four pages in the script).