Fridge logic in ‘Inside Out’ 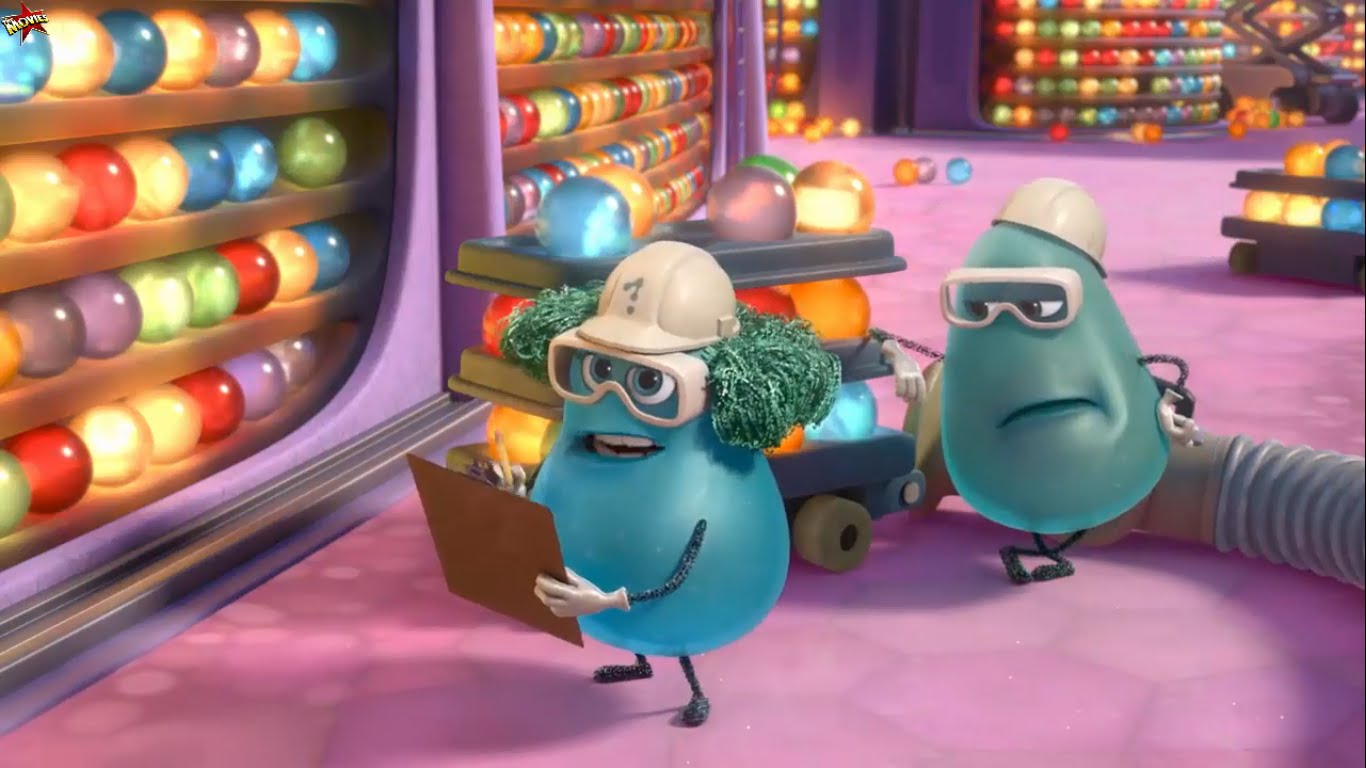 You have seen Vertigo. A few hours later you are in front of your fridge to get a snack when, suddenly, a question comes to your mind: how could Madeleine leave the hotel room without being seen by the clerk or Scottie?

Same situation in front of the fridge, after having seen Back to the Future. A thought hits your mind. When Marty finally gets home, his parents don’t seem to know that their son is the “strange” guy whose help was crucial for the beginning of their love story. Isn’t it impossible that they don’t recognize him, even if it’s thirty years later?

These are two narrative logic weak points. Yet, they are small ones. You didn’t even notice them while watching the movie. That’s why Alfred Hitchcock wasn’t particularly worried about the problem with Vertigo. To him, it was an innocuous case of what he called “fridge logic”: imagining the viewer in the snack situation was his way to play down the late insight of the audience.

Nonetheless, a writer must be sure that the inconsistency he has discovered in his story is indeed small enough to allow him to hope that it won’t be noticed and that, in the worst case, the weak point could only stimulate, afterwards, the fridge logic of the audience.

At Pixar, for example, the writing team of Inside Out discussed a lot about a little inconsistency in the plot. Could it be fatal? Pete Docter recalls it in an interesting interview by Bred Brevet on Comingsoon.net.

The minor logical issue is caused by the gum commercial that mind workers send up to the headquarters for fun. The scene sets up a few jokes that will come later on in the movie. But someone could ask: couldn’t Joy use the same system that mind workers use with the commercial?  Send back the core memories she is so worried about using their pipe? The mission would be completed, no need to continue the adventure.

Here is the excerpt from the interview, where Docter says that finally they decided to count on the viewers’ reasoning (i.e., on their correct use of logic in front of the fridge…):

BB: Okay, I do have to ask one thing. When it came to the core memories, why didn’t she just push those through the hole and send them back up to headquarters the way they were doing with that commercial they kept throwing on a loop?

PD: Ah ha! We discussed that along the way and it was one of those things where we kind of boxed ourselves in a corner a little bit. We added the recall thing later, when they were doing the song that got stuck in her head. Our argument was that Joy wouldn’t trust the memories would be fine on their own, she needed to be up there too.

BB: Yeah, I was watching and just thinking to myself: well, she should just toss those things in there too and be done with it.

PD: Yeah, well then we wouldn’t have a third act. [laughing]

Unlike the interviewer, I didn’t notice the logical issue during the movie. I know why. I found a confirmation in the rest of the interview, so rich with details on the mastery lavished in the development of Inside Out: I was too engaged with characters, the story was too beautiful, emotions had turned off my analytical skills.