‘Arrival’ : The art of misleading an audience 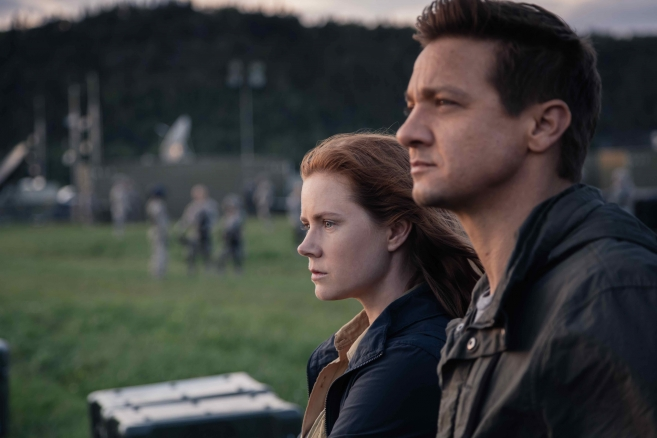 Show, don’t tell; make the invisible ― a character’s thoughts ― visible through action; push conflict and high stakes to the fore; less dialogue; more subtext; terseness; economy in the number of characters and storylines…

These are just a few of the main differences between writing a novel and writing a movie. In fact, Arrival, written by Eric Heisserer, reminds me of another skill that is much more imperative for a screenwriter than for a novelist: cleverness in managing audience expectations ― in leading and misleading them. Screenwriters should make viewers interpret a situation in a particular way, then reveal to him/her that it isn’t really like s/he (and usually the protagonist) has thought.

Surprises are at the core of the screenwriting craft. The most artful way to create them is by using frames ― cognitive schemas that subtly nudge you toward an incorrect interpretation of what you are seeing. Eventually, the writer will provide you with corrective lenses, allowing you to see events as they really are. Surprising you.

Ok. Arrival is an extreme and special case. Its masterful and intense handling of the leading/misleading technique puts it in a special group of movies whose titles have become synonymous with great final revelations: The Sixth Sense, The Usual Suspects, The Game…

Yet, it is also true that the original novel from which the movie is adapted ― Ted Chiang’s Story of Your Life ― lacks this leading/misleading element, and thus lacks the element of surprise that so marks the film.

Only in the film is the audience prompted from the very beginning to misinterpret as flashbacks what are actually flash-forward maternal scenes that flicker in the protagonist’s mind.

If you’d like to know in detail how the false frame is set up and sustained throughout the movie and then revealed with some plausibility flaws the audience doesn’t readily perceive, here is David Bordwell’s incisive analysis, rich in observations comparing film to novel.

I’d obviously also suggest reading the shooting draft of Heisserer’s screenplay, available here. It revealed to me some additional misleading techniques not highlighted by Bordwell.

For example, the use of keywords to reinforce the flashback frame. Simply recall the very first line we hear as the film opens, said by the protagonist in voice-over: “Memory is a strange thing.”

It’s enough to put you on the wrong path.